Like any other working, I don’t have a lot of time. And like a lot of people in the world, I don’t have cable so my tv watching goes to Netflix, Hulu, Amazon, etc. For some of my coworkers, it’s odd because I haven’t watched the latest episode of This Is Us or Empire or how the interwebs are handling the R Kelly docuseries. But online I normally find myself behind on the latest show trends like Riverdale and Sabrina (although I have started them but I’m still within the first few episodes)
Then the internet blew up with Bird Box. The clips, the ever-popular memes, and now the idiots have taken it and turned it into a challenge while simultaneously calling the magnificent Sandra Bullock...that lady. Yea that’s not ok. But all in all, the movie was really good. You do have to pay attention but it’s worth the hype.

Then in the spirit of New Year, new everything-even-though-it-ain’t-gonna-last, the world has now blown up with Tidying Up with Marie Kono. Now everyone is going through the clothes, books, paper, memes, people, etc wondering if they spark joy. Granted, I was doing the entirety of my laundry while binging it so I can’t say it wasn’t helpful and that there’s gonna be some good items for donation or for sale in my near future once I figure out Poshmark. lol 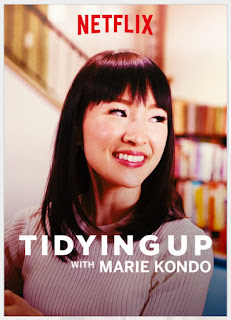 Now the ads have gone off on the new documentaries on Hulu and Netflix about the Fyre Festival. I remember hearing about it all over the twitterverse when it happened and I’m pretty sure Philip DeFranco, on YouTube, did a piece on it as well. I just know and the world knows it was a hot d@mn mess and while I haven’t seen it yet, some of the reactions make me want to see just how much of a hot mess it was.

Since getting in on the action (phrasing – name that reference) I couldn’t help but have a Carrie Bradshaw moment and wonder, is this feeling what causes people to have FOMO?

I’m a bit of a hermit, partly by choice and mostly not really so I’m used to being behind on things. I’m only a few episodes in on Riverdale and Sabrina so I can’t attest to too much in that conversation online and even less in person because most of my coworkers have small children so definitely a no-go a lot of those times. However, The Umbrella Academy is pretty freaking awesome and it just got renewed for season 2 even though A Day At Time was cancelled completely unceremoniously. But it was nice to see the memes, read and watch the reactions online and know what’s going on but I don’t think I’ve gone that far to reach the constant check and watching that I know some people make. 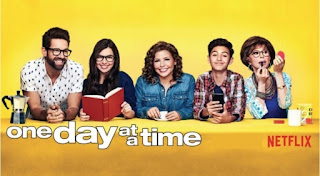 Maybe I’m a little more go with the flow and Netflix and chill out rather than having a rat race to the finish line. Guess we’ll find out but for now, I have a lot of things on my watch list that are genuinely sparking my interest and it give me joy and don't get me started on Game of Thrones... it's coming.

What are you watching?

Check out some of my other posts

Featured For Your Reading Pleasure

Tales of the Tank - External Batteries

First off, Happy New Year to you and yours. If you went out with your squad and were proud that you woke up on the 1st without a hangover, ... 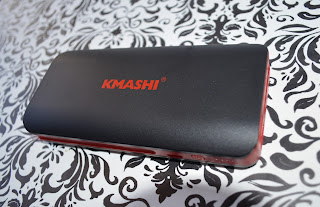